On Saturday 8th February, a group of six members from the newly formed South Yorkshire Botany Group braved the bitterly cold winds to explore mosses on the Longshaw Estate at the edge of the Peak District, just a few miles from the outskirts of Sheffield.

The site offered a variety of habitats and mosses were abundant on rocks, trees and on the ground within the woodland. We also explored the area alongside a small stream, and a boggier area of open ground.

Many thanks to Ambroise for organising the trip. 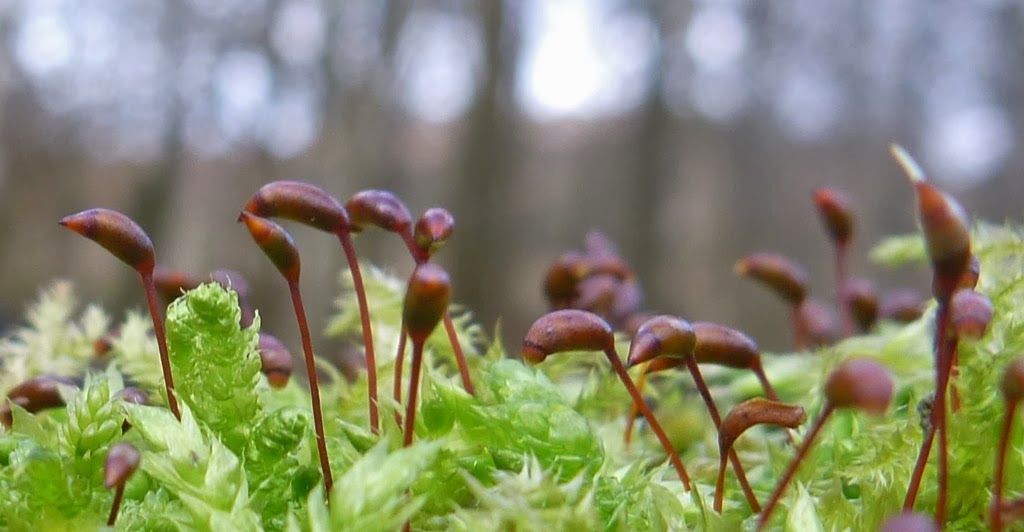 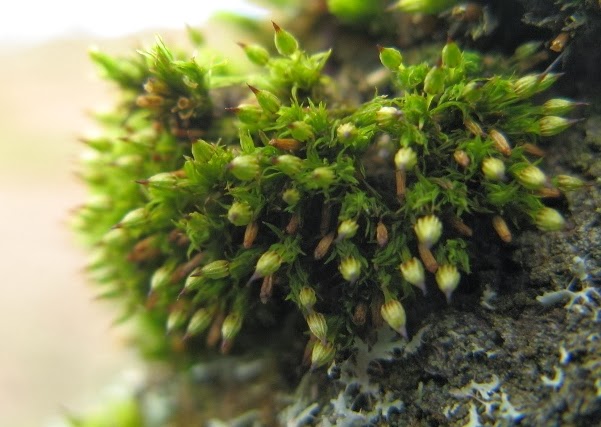 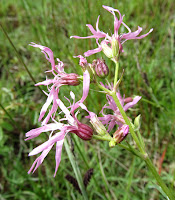 On Sunday 16th June we met up for a BSBI regional training day led by Mel Linney. This was aimed at beginners like me, though there were more experienced members also attending who were happy to share their experience.

We met at RSPB Old Moor reserve near Wath on Dearne.

In the morning, we walked the half mile or so to Gypsy Marsh, another piece of land managed by the RSPB but outside the reserve itself. It took us a while to get there, as we kept stopping and looking at things: mainly hedgerow and pond marginals. The session was well organised, focusing on the pea, buttercup and daisy families and with a leaflet provided that showed the key species and features. 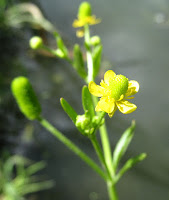 At Gypsy Marsh itself there were orchids within a grassland meadow.  As a novice, I tried to get my head around the differences between the two main species and their hybrid versions.

I learned two new buttercup plants I had never even heard of: celery leaved buttercup, a small pond plant with elongated seed heads (pictured); and greater spearwort, another pond plant but this time a giant reaching > 1 metre tall and with elongated leaves.

We had lunch at the RSPB Visitor Centre, then went into the reserve itself. Our first task was to survey orchids in a field closed off from the public. We counted 1000+ orchids, and it was interesting to relate their distribution back to the topography, with the majority occuring in the damper areas in a depression. 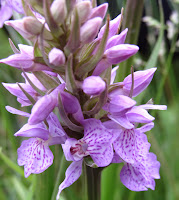 We spent the rest of the afternoon meandering down 'Green Lane' which is the main pathway through the reserve. We saw numerous different plants, including more water loving plants in the stream running alongside. It was interesting to see how big some of the Southern Marsh Orchids were growing (around 2 feet tall) due to a combination of plentiful water in the ditch and competition from grasses.

I filled four pages of my notebook with plant species and a brief description, and took numerous photographs.

A great day, and if I can retain half of what I have learned I will be very happy :)