The day was spent visiting three local sites all within VC63. 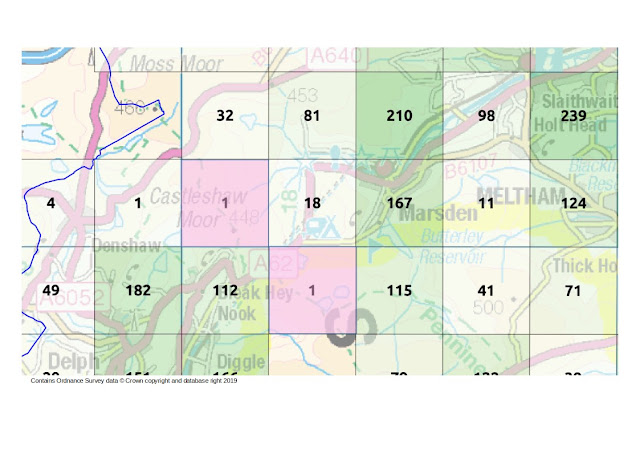 Black Moss Reservoir tetrad had only one species previously recorded, Juncus tenuis. We added just short of 70 species to the tetrad during the mornings survey.

Standedge tetrad again had just one species recorded, common spotted orchid. We added another 33 species to the tetrad after lunch.

Moorgate Quarry. There were 78 species already recorded for the wider Moorgate Quarry tetrad (including Greenfield) but very few from the quarry itself.  We recorded 101 taxa in the quarry.


Posted by South Yorkshire Botany Group at 02:23 No comments: