Twenty four members and guests met at the Woodhead lane car park for our second meeting of the season. As is usual at a Botanical meeting the car park got a good looking over to start the day. One plant found with a rather small purple flower and struggling to exist in a ditch was something of an enigma, probably because of its weak stature and growing out of its usual habitat. After scrutinising the picture that was taken it is a good assumption that it was Lunaria annua (Honesty), a common plant in the hedgerows along the lanes that run through the wood. Your correspondent went back a week later hoping to find the plant in fruit but, alas, it must have given up the ghost. 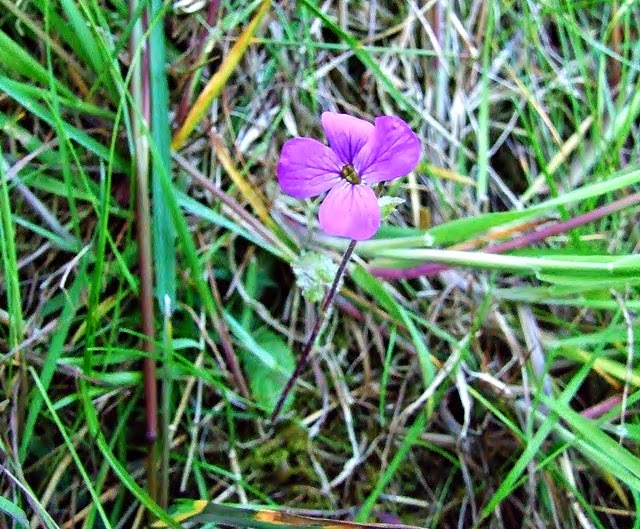 We made our way along one of the paths through the newly opened Upper Woodhead area to enter the wood. The Upper Woodhead area was once a farmers field which was outcropped for coal before being handed over to the Forestry Commission and planted with a range of native trees. On entering the wood we took the path towards Sandy Lane, a road now closed because of persistant fly tipping, to find a number of plants new to the species list, particulary Arum maculatum (Lords and Ladies) which is quite common along this stretch of the path. 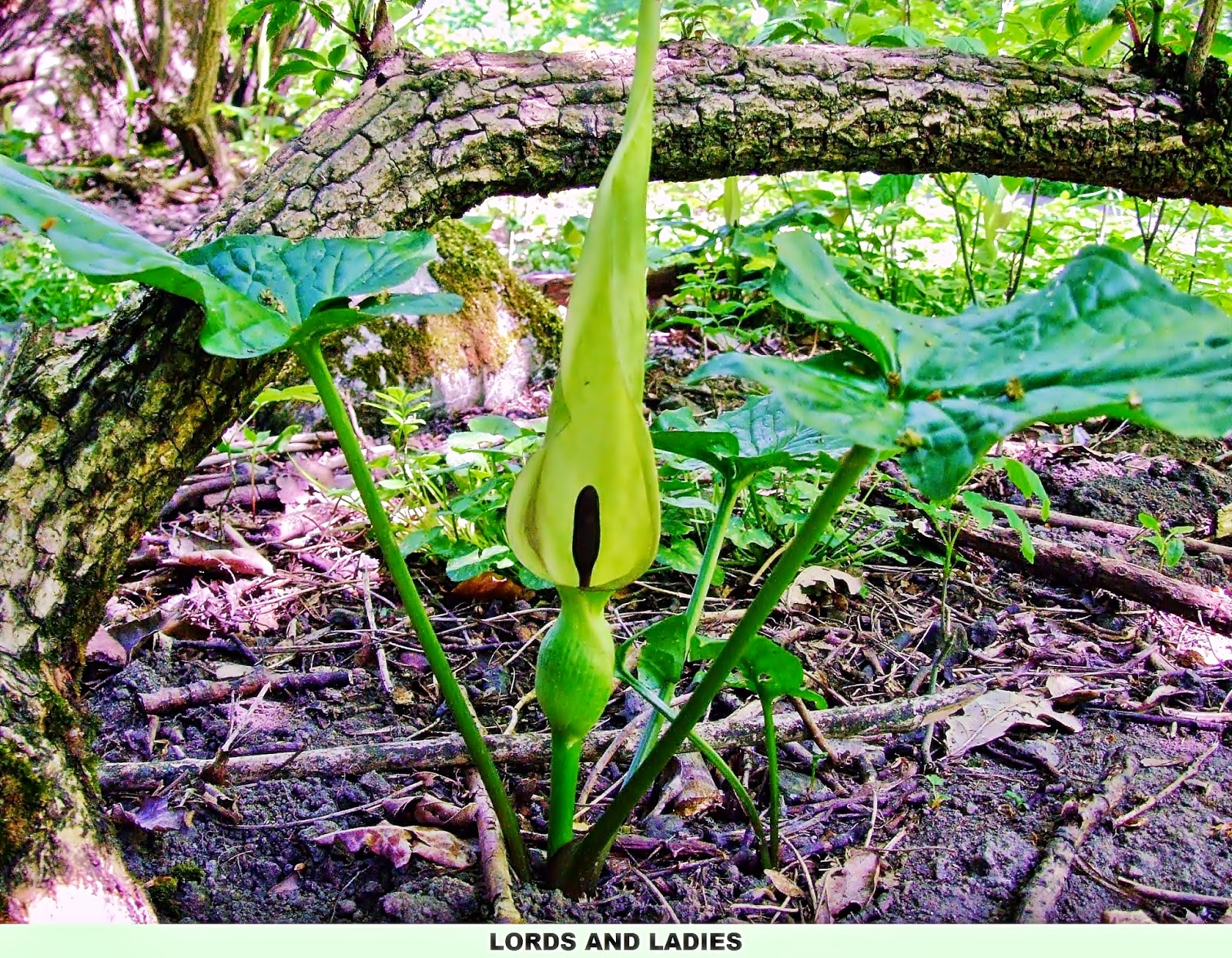 Proceeding along Sandy Lane Geranium robertianum (Herb Robert) and Geum urbanum (Wood Avens)  were found along with Lonicera periclymenum (Honeysuckle) and Vaccinium myrtillus (Bilberry). At the bottom of Sandy Lane we took a short break to re-group and enjoy the views across the Dove Valley towards Worsborough and look at the expanse of Hyacinthoides non-scripta (Bluebell) in the wooded area at the other side of Dovecliffe Road. 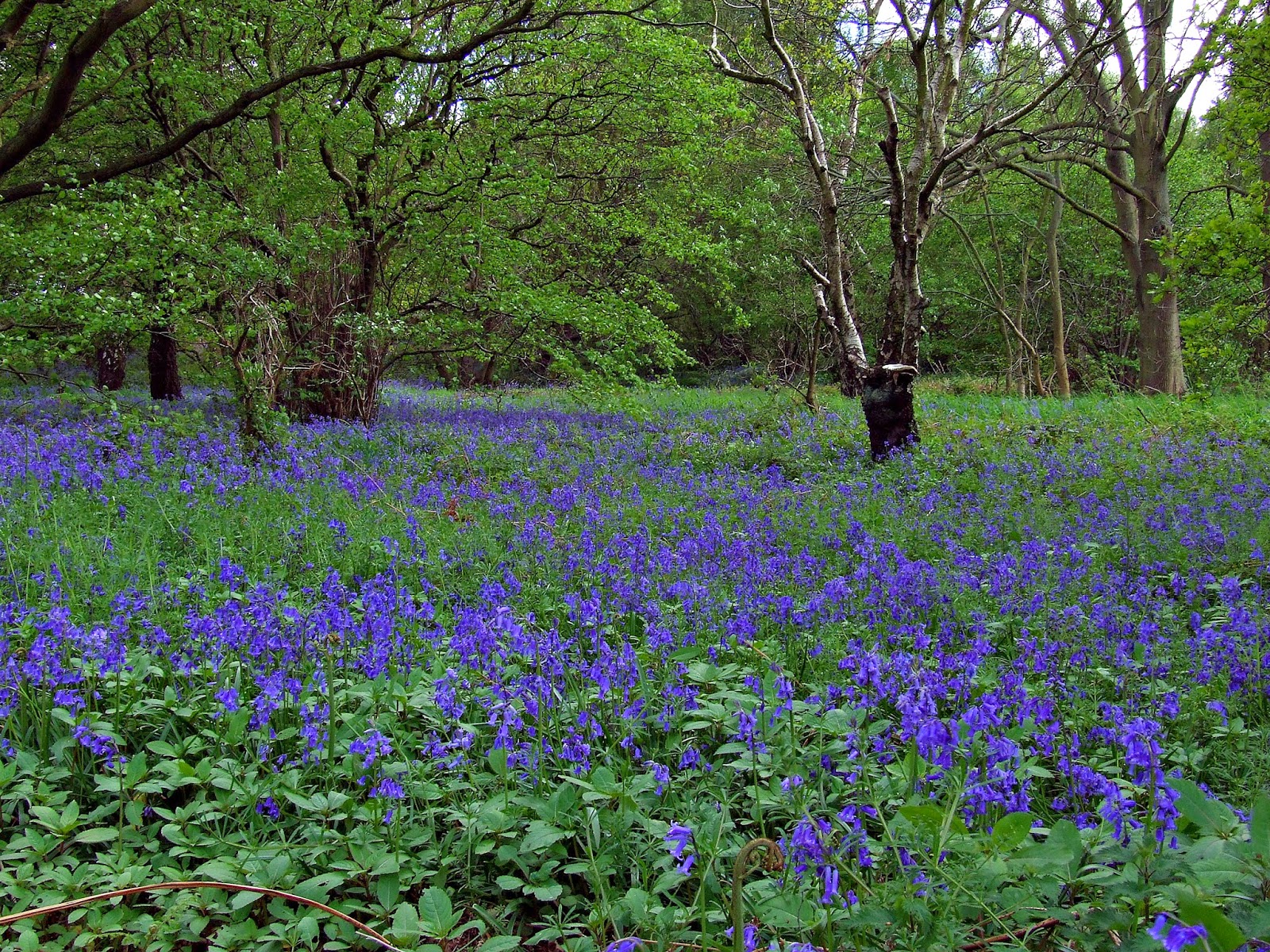 Because we had a sizeable party it was decided by the leaders to cut through the wood rather than take the road towards the reservoir. At the "Res" we took lunch but not before finding Barbarea vulgaris (Common Winter-cress) and Veronica officinalis (Heath Speedwell) amongst other species, some of which indicated its past use as an illegal dumping ground. 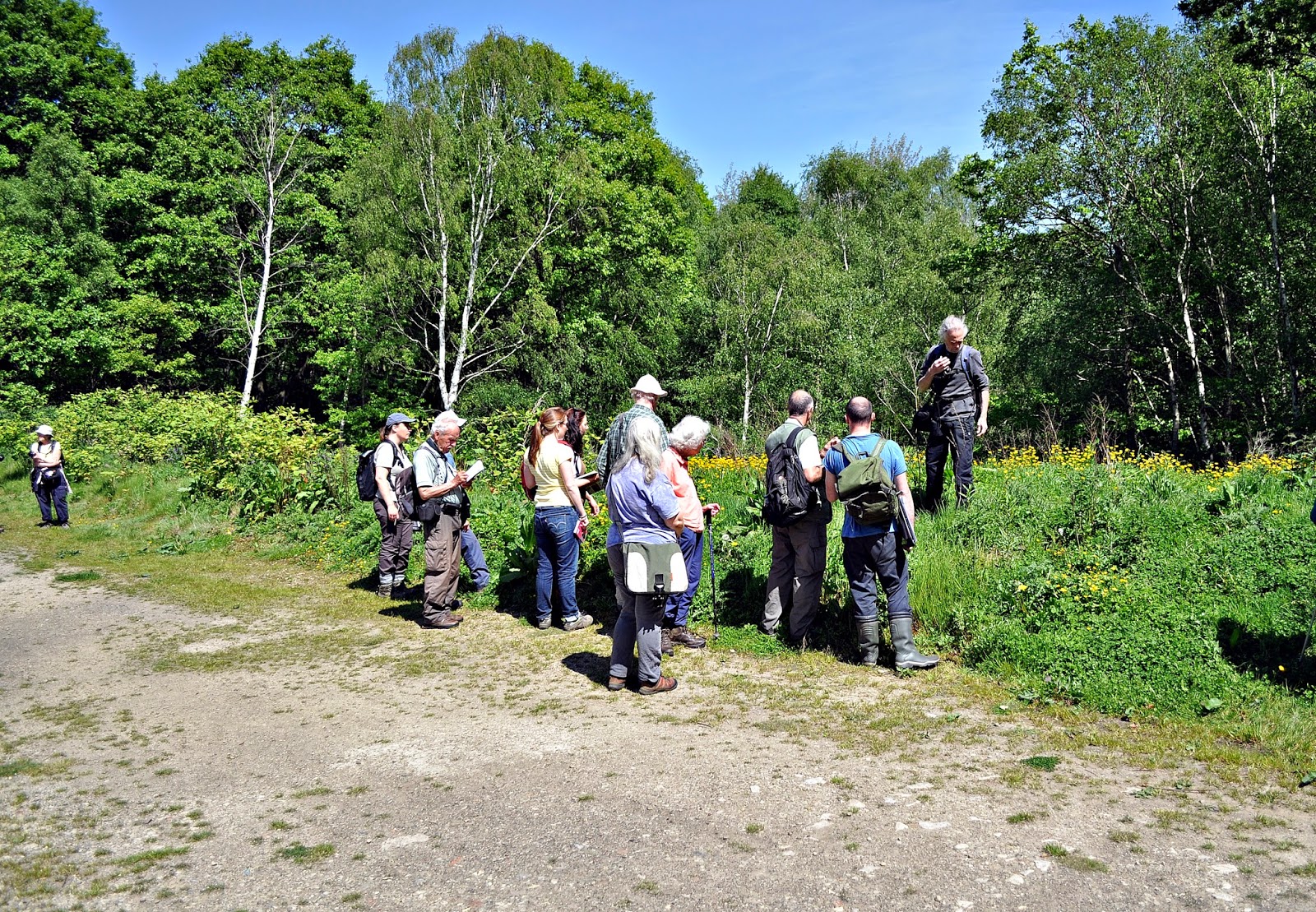 After the break we went further into the wood to an area cleared to accommodate overhead cables which revealed a good range of plants common to edge of woodland and open grassland. Before heading back to the Reservoir we visited a small disused quarry where we found some good specmens of Dryopteris dilatata (Broad Buckler Fern). At a small bridge crossing a stream flowing into the reservoir's header pond we found Veronica beccabunga (Brooklime) another species new to the list. It was a good day for adding species to the current list with, if my sums are correct, twenty three to the Hectad list and thirty five to the Wombwell Wood list, of which ten were AWI plants, and with no great surprises it is probably one of our less recorded areas.