Twenty three Botanists assembled for the group's inaugural meeting at Sandbeck Park, the 16th century family home of the Earls of Scarbrough on Sturday 26th April. 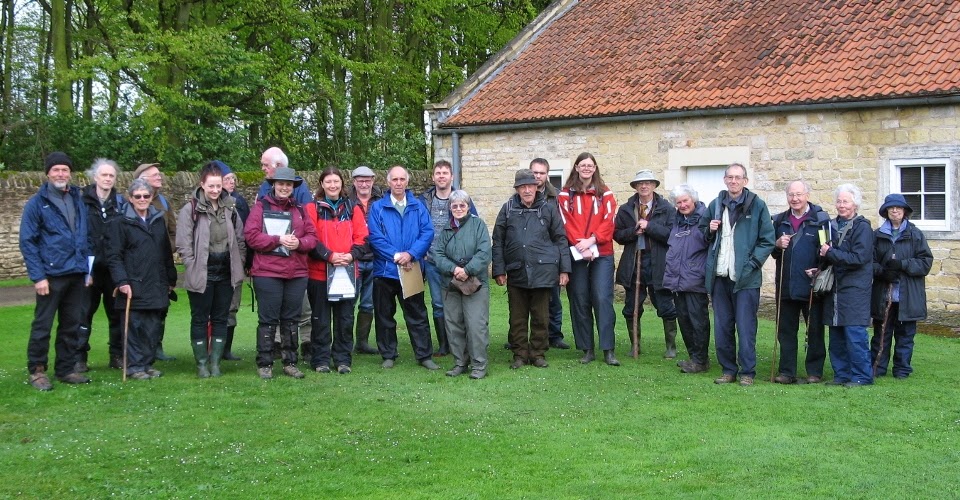 After introductions  the party visited the now derelict walled garden where Narcissus poeticus (Pheasants Eye Daffodil) and Leucojum aestivum (Summer Snowflake) was observed before proceeding to the lake.

The area around the lake is a botanical cornucopia with something of interest for every speciality. Some plants found included Campanula trachelium (Nettle-leaved Bellflower), Salix x holosericea (Silky-leaved Osier), Viscum album (Mistletoe) and Fritillaria meleagris (Fritillary) along with its white variant. The final tally of more than 150 species with eight on the RDP Project list made this a very satisfying morning. 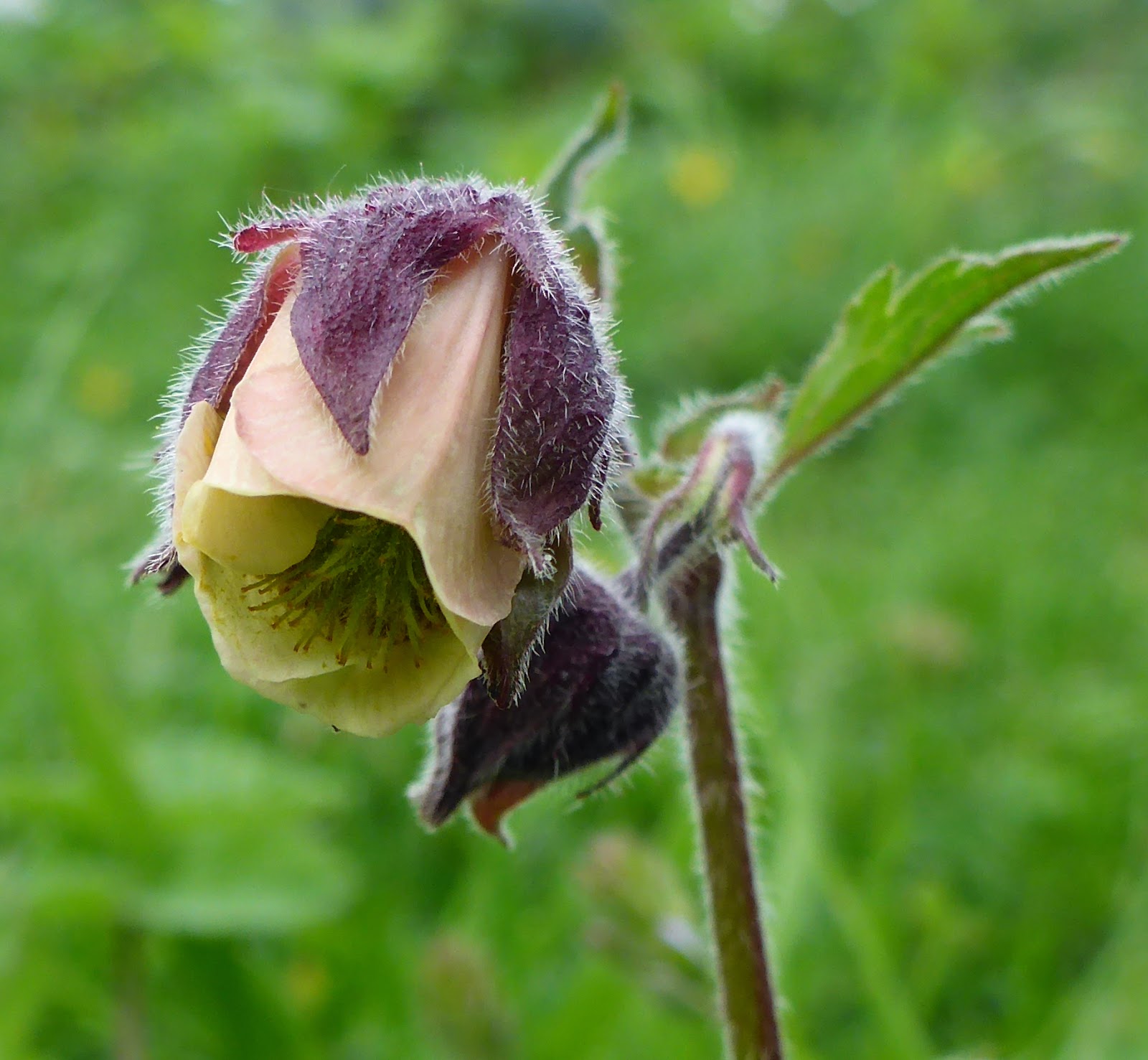 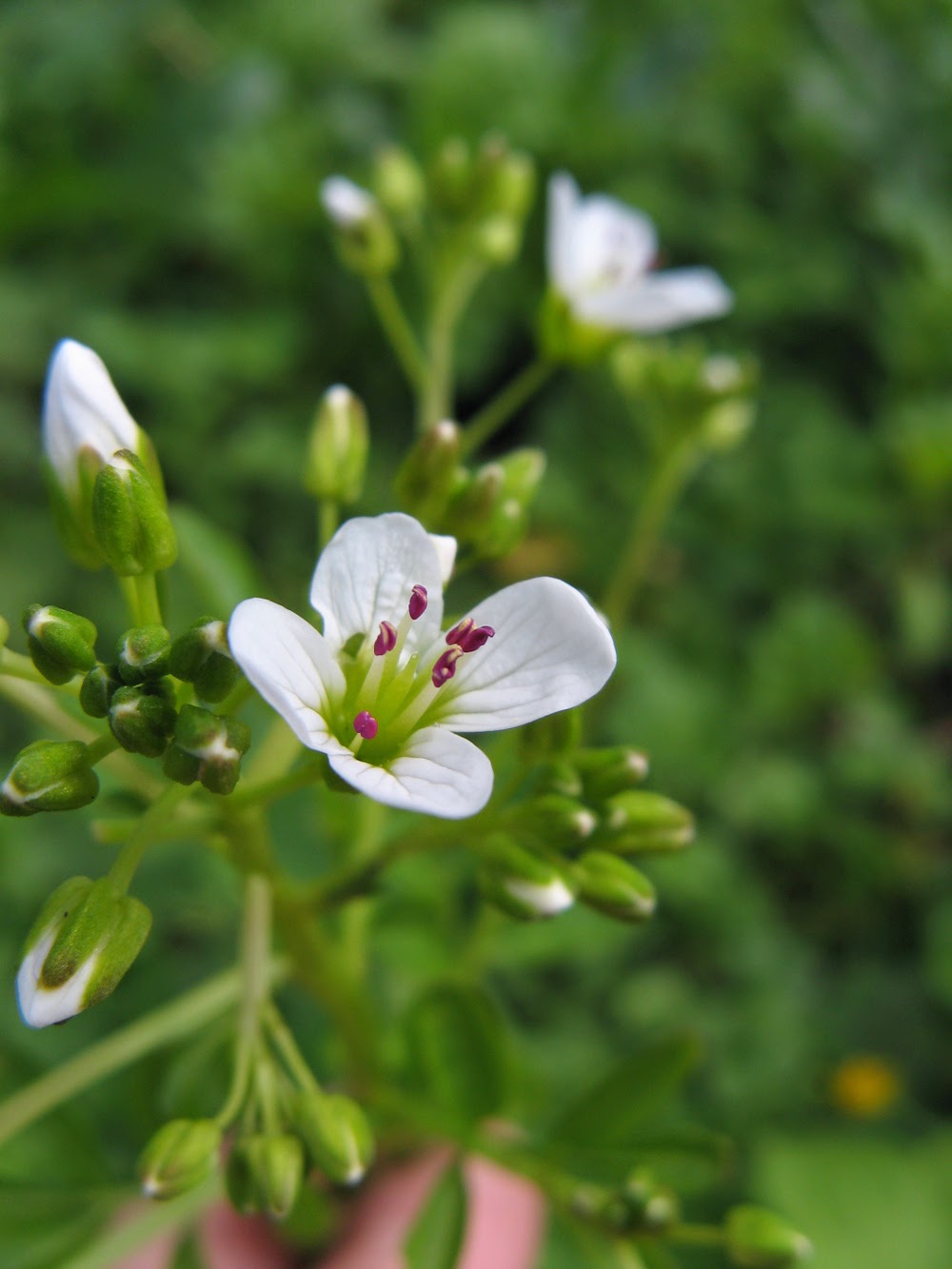 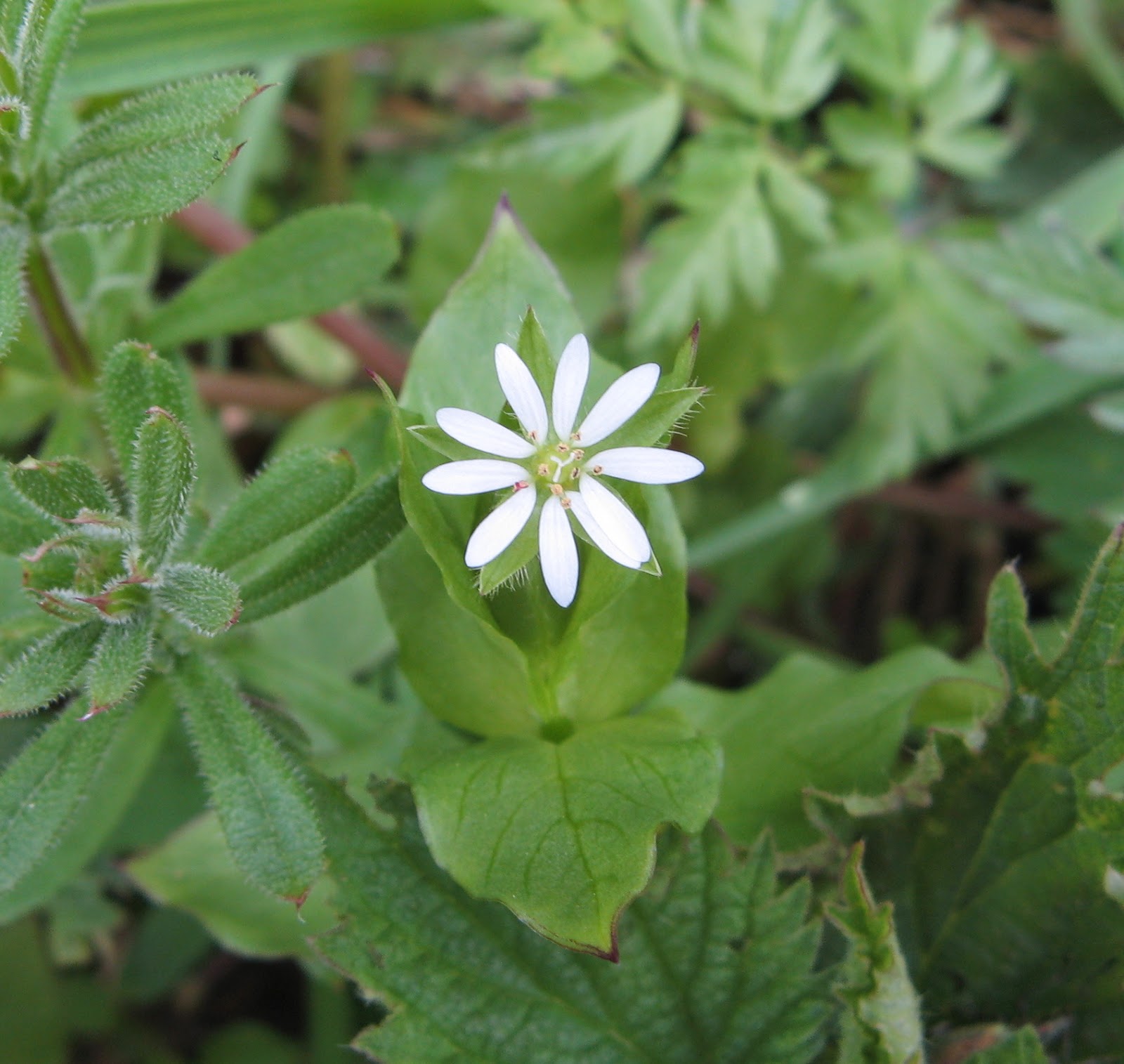 Cardamine amara - Large Bitter-cress (left) and Stellaria neglecta - Greater Chickweed (right) (Credit: Louise Hill)
The weather was kind, the company superb and everyone enjoyed themselves immensely. The group would like to thank Rotherham Naturalists Society for organising the day but most of all a big thank you goes to Lord and Lady Scarbrough for giving access to a beautiful part of South Yorkshire that is Sandbeck Park.
Mel Linney﻿
Posted by South Yorkshire Botany Group at 12:38